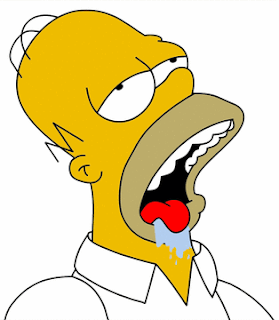 If these "trying economic times" become too trying and almost every restaurant was forced to close, what are the Top5 establishments that I would hope could remain open? Hmmmmmmmm...........

5. Storm's (Lampasas, Burnett, etc TX) - Because of the grim circumstances in which I find myself having to choose, it would be wise to find a Hamburger Joint that I really like. Let's face it, everybody craves a good burger every once in a while. I've never tasted a better burger than the one this grease pit has to offer. The extreme danger involved in pulling in/pulling out of this establishment's parking lot is rewarded after you feel the grease from the initial bite pouring down your chin. But seriously, exiting the parking lot is extremely dangerous as the traffic from H183 whizzes by. It is like what Indiana Jones had to go through in his attempt to nab the Cup O' Christ in "The Last Crusade."

4. Olive Garden (anytown, USA) - If I can only eat at 5 restaurants then I'm gonna have to choose one that serves Italian. I love a salad and no place makes a better one IMNSHO. Something to try: When they serve the house salad accompanied with the Italian dressing, ask for some Ranch on the side. Mix it in. Gastronomic Nirvana.

3. Mary's Cafe (Strawn, Texas) - Eating a Chicken Fried Steak at Mary's was ranked somewhere in Texas Monthly's list (Bucket List) of things you must experience in Texas before you die. Surprisingly, in my 200+ visits there, I cannot recall ever ordering the Chicken Fry.

Hear me out. First of all, Chicken Fried Steak is not one of my favorite dishes. It took all I had just to order one from the Bull Nettle in Stephenville, TX after it was advertised that the beef came directly from Nolan Ryan's ranch in Alvin. Second, Mary's has nightly specials throughout the week such as All U Can Eat Catfish, Chicken Fajitas, Sirloin Steak, and I believe Chicken Fried Steak. This restaurant would be a very wise choice for someone who was facing the possibility of only having the opportunity to eat at 5 restaurants.

2. Lowake Steak House (Rowena, Texas) - Not only is this small West-Central Texas town the birthplace of Bonnie Parker (Bonnie and Clyde), it is also home to the first sirloin steak that made me cuss with satisfaction. "SONUVAB**CH, THIS TASTES SO FU#*IN' GOOD!", I exclaimed a little too loudly as a family of four looked at me with agreement yet disproval of my offensive outburst. I ate so much that I had to be escorted out like John Candy in The Great Outdoors." Thinking about that well-seasoned piece of meat, cooked medium to medium-well with french fries and A-1 sauce still makes me drool like Homer Simpson.

1. BJ's (Mingus, Tx) - Yes, that was my hometown for 18+ yrs. You can't wash Mingus off either.I've tried. And until "Anything for a Shot: The Life and Times of Video Joe" hits theaters, Mingus will always be known as the town that has the greatest pizza that I...and everyone I know have ever eaten. Well...it still maybe known as a town of 212 that at one time hosted 10 bars, but I digress...
If I was to be executed tomorrow, after my "Plea of Ignorance" fell flat, a large pepperoni pizza with a cold Miller Lite (6) would be my last meal. I don't wanna hear it, Waits. The pizza is delicious and the beer is Ice Cold. Well...that is until my friend, Terri S.(shoutout) decides you've drank to the point of not caring if she replaces your glass or not.