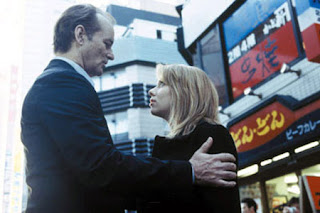 I know what Bill Murray whispered to Scarlett Johansson at the end of Lost In Translation.


After the end of a grueling work week, I sometimes choose to stay at home and "knock back a few" instead of going out. I realize that I can get "just as happy" chillin' at home listening to music and watching my favorite scenes on DVD. I know it sounds depressing but it's actually kinda fun. Sure, there are nights when I brood like Bogart, but usually I'm having as much fun as Alfred Molina in Boogie Nights.

During one of these nights alone, I watched the ending to Lost In Translation for the 20th time. Maybe it was the fact that I altered the settings on my surround sound and positioned the speakers at a perfect angle. Or maybe it was that, coupled with the right amount of bourbon swimming through my bloodstream. Either way, I was able to Translate the Indecipherable.

As Murray sits back in the car after saying sayonara to Johansson, notice his expression. His mind is racing. He is so emotionally charged and relieved that he was able to bid her a proper farewell, that his eyes cannot focus on any one thing in particular. This is a nuanced performance that only Bill Murray could deliver.

So what did Murray whisper to Johansson at the end of the movie? That's between Bill, Scarlett, Sophia.....and Me. 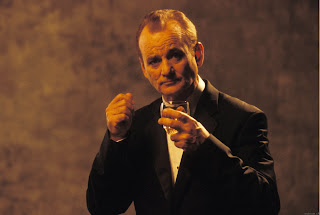 4. Daniel Day-Lewis in (tie) Gangs of New York and There Will Be Blood

1. Bill Murray in Lost in Translation

Shoutouts to Clive Owen in Closer, Gene Hackman in The Royal Tenenbaums, and the little girls from In America