Top 10 Movies of the Decade 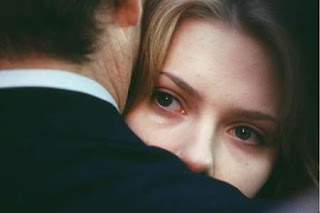 What are my Top 10 movies of the decade? I've been looking forward to starting this discussion. Let's do this.......

10) Collateral (2004) - This is an underrated movie in my opinion. Tom Cruise was great as a grey-headed hitman and Jamie Foxx's performance was better than his Oscar winning role as Ray Charles that same year.

9) The Royal Tenenbaums (2001) - Gene Hackman talked Jive like you never heard in this role that was written specifically for him. It is very rare that I laugh out loud when watching a movie. I might smile a lot and say "that's funny", but that's about it. I laughed like DeNiro's Max Cady in this one.

8) Closer (2004) - Julia Roberts, Jude Law, Natalie Portman, and Clive Owen give heart-felt performances in this very "adult" film from director Mike Nichols. When the movie, "Anything for the Shot: The Life and Times of Video Joe" gets the Greenlight, I want Clive Owen to play me.

7) Almost Famous (2000) - For a long time, I thought that this "Coming of Age Story" could possibly move Goodfellas out of the no. 1 spot on my all-time list. Over the course of time, I started to be really annoyed by the Kid (Patrick Fugit). But then again, I usually dislike performances by kids in most movies. The cute little girls from In America being the exception. They were unbelievable. Anyway, this "Love Letter to RocknRoll" still stands the test of time.

6) Adaptation. (2002) - This is a "Cinematic Tour de Force". Besides Nic Cage giving one of the greatest performances in the history of Cinema, I was more fascinated with the John Laroche character played by Chris Cooper (in an Oscar-winning role). Laroche's passion is finding Orchids, which is a very rare flower. His obsession is very strange but I respect it. He reminds me so much of my friend Larry B. (shoutout), who's passionate about ham radio and renewable energy.

5) Lost in Translation (2003) - "An Actor's Showcase". The ending made the movie for me; it was such a great ending. Bill Murray should have won the Oscar instead of Sean Penn that year. Murray wrote the book on subtlety. Tell 'em, Brent.....

4) Sideways (2004) - "No turning to the Dark Side", "Do not sabotage me"...just two of the phrases that I've lifted from this "Buddy Film" from Alexander Payne. This movie gave me the not-so brilliant idea of planning an ambitious trip across "the Texas Beer Country". The voice of reason prevailed and we didn't go.

3) No Country For Old Men (2007)- This was a perfect movie that had one of the greatest villains ever. Javier Bardem was as frightening as the shark in JAWS. When the movie first came out, I was unaware of who Bardem was. I think that this lack of knowledge made his character more real to me.

2) High Fidelity (2000) - No suprise here. In the "what movie character is most like you" conversation, I like to think people would automatically link me to Alonzo from Training Day. Too bad that's never gonna happen. Instead, I would no doubt be linked to Rob Gordon from High Fidelity. It's a sad fact of life. I will say that I was making mix tapes and listing Top5's long before that movie came out. However, I have to give credit where it is due. Ever wonder where I came up with the name of my business? Watch this movie.

1) Before Sunset (2004) - This movie may very well be considered a "one-watcher". However, that does not take away from it's greatness. After seeing Before Sunrise (1995), I was emotionally invested in these characters from from frame number one. The movie is completely dialogue-driven and I clung to every word. Many have asked themselves, "What might have been" once or twice with no real chance of ever finding the answer. These characters get to do something that few ever have the opportunity to do - reconnect with The One That Got Away.

Shoutout to Ocean's Eleven for being pure entertainment.

What do you think about my Top 10?

CWC
"Anything for the Shot"