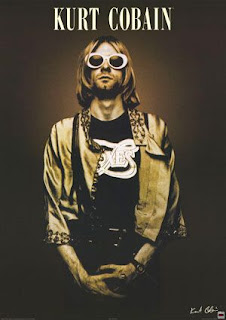 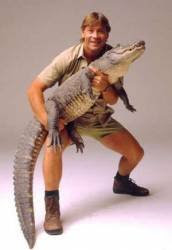 What are the Top5 suprise celebrity deaths that somewhat affected me? Yes it's morbid but let's go with it.....

Not only have I been really busy celebrating the Summer O' Chris, I've also been Takin' Care of Business; traveling to one city after another over the past two weeks. It started with a 3-day conference in Granbury...then a 6-day conference in San Antonio (where on my down time I acted as the Norm Peterson of a local establishment called "The County Line") then to Austin where I attended the read-through of a movie in which I am cast called "Killer School Girls from Outer Space" (more on that in a future Jive) and then straight to Oklahoma to relieve some stress (don't ask). Now on the last day of June, I've decided to sit still long enough to Jive about something...anything. So what shall we talk about?

Michael Jackson? Sure. When I heard Wolf Blitzer announce to the world that "the King of Pop" had died, I knew that I was watching history. Until last Thursday, he was probably the most famous living celebrity on the planet. I would argue that it was and is Paul McCartney but what do I know? Being a self-professed "Student of Popular Culture", you would think that I would be a big fan of Jackson's music. Nah, not really. Besides "I Want you Back" and "ABC", which he recorded with the Jackson 5,most of his songs never scratched me where I itched. I did grow to like "Thriller" after I used it in the Henderson-McDorman wedding video (shoutout). But, those three are the only ones you might find in my iPod playlist.

Michael Jackson's death was without question, a significant moment in our culture. But was it shocking? True, he died before his time but 50 yrs. old isn't very young.
His death has been compared to Elvis' in it's magnitude. I would have to say that Elvis' was more shocking and significant. The King died at age 42 and also had a hit single with "Moody Blue" only months before collapsing on the throne at his home in Graceland. Of course this opinion comes from a guy who owns not one, but two Elvis jumpsuits. So go figure. Remember, we've had forty-four presidents but only one King...that's Big E., baby.

In conclusion, it could be said that Michael Jackson's death didn't affect me very much. However, over the course of my life, there have been some unexpected celebrity deaths that actually affected me a little. Here are my Top5....

2. "The Crocodile Hunter" Steve Irwin - I LOVED Steve Irwin. If anybody saw his last television special, you would have realized that Steve was pushing the envelope and taking way too many risks. He was swimming in the ocean with Saltwater Crocodiles! If one decided to attack, there was nothing that could have been done. The narrator calmy assurred the audience that Steve knew what he was doing. He then stated that Steve was the only human on the planet who was trained to do such a thing which illustrated the danger of the act. With the element of danger escalating with his shows, it was sadly a matter of time for Ol' Steve.

1. Kurt Cobain - I'm a little embarrassed about this being number one. But in my defense, his death occurred when I was 14 years old. At that age, my voice was changing, hair was growing in strange places, and was full of teen-angst. I was an impressionable youth who became interested in music two years earlier when a preacher's daughter bought me Nirvana's Nevermind for Christmas. I haven't been able to listen to Nirvana in over 10 years because either 1) I'm burned out after listening to them for 5 straight years growin' up or 2) They were the right sound at the right time and there music does not stand the test of time. It's one of these two reasons. Anyway, I took his death pretty hard.

Shoutout to all the professional wrestlers who have died prematurely...especially "The Loose Cannon" Brian Pillman

That's all I've got for now. Sorry about all the death talk. Now back to the Summer O' Chris...

Posted by Christopher at 7:15 PM

I would have never guessed that Kurt Cobain and Steve Irwin would have been so high on your list, or even on the list. Interesting.
Anyway, I don't know if many years from now history will look back on Steve Irwin as an important figure to society and culture, but it is crazy how much it did upset me when he died. True, I have grown to have a late appreciation for Kurt Cobain, the movement he was part of, and all of that but since I caught it late it didn't affect me like it could have or should have. But back on Steve Irwin, I remember being completely shocked at how shocked I was. I mean, anyone that knows me knows that I am not at all an animal lover or advocate. I think it was just something about how he was one of the most genuine people ever for whatever he believed in.
That's all I have to say about that.

On my list, there's Steve Irwin then everyone else a distant second. I can honestly say that I took his death harder than the deaths of many people that I personally knew.

Even now, I won't hardly watch reruns of his show because I get a little upset.

Here's one that I bet everyone will think is odd from me...I was rather upset when Tim Russert died about a year ago. I think it was because I was watching a couple hours of the news every day because of the campaign and MSNBC is my main news channel. So I was basically seeing him on TV on a daily basis when he abruptly was gone. Just thought I'd add that to the discussion.